I’ve been camping in a driveway. One of the awesome things about the Roadtrek 170 is that since it fits in a normal parking space, I can just stop, turn on the emergency brake, and suddenly I’m camping.

The downside to camping in a driveway is that everything’s at an angle.

This makes, for instance, sleeping, a little difficult. And apparently you’re really supposed to keep RVs level for reasons other than just it’s best if your house doesn’t tilt, like somehow the refrigerator doesn’t get cold correctly.

I have these leveling blocks that go under your tires, so things are more level now. Just not entirely level. Levelish.

Here’s a cool thing: I can plug my RV right into my sister’s house and use up all her electricity for my air conditioning! Who knew you could just plug an RV into an outlet! (I mean, I guess lots of people knew, but I did not.)

My nine year old niece was super excited about my RV. When I first told my sister I was thinking of getting one, she said, “oh Sofia has been super obsessed with RVs lately!” As nine year olds can be. Sofia kept texting me as I was driving down from Seattle. “When is the RV coming here?” 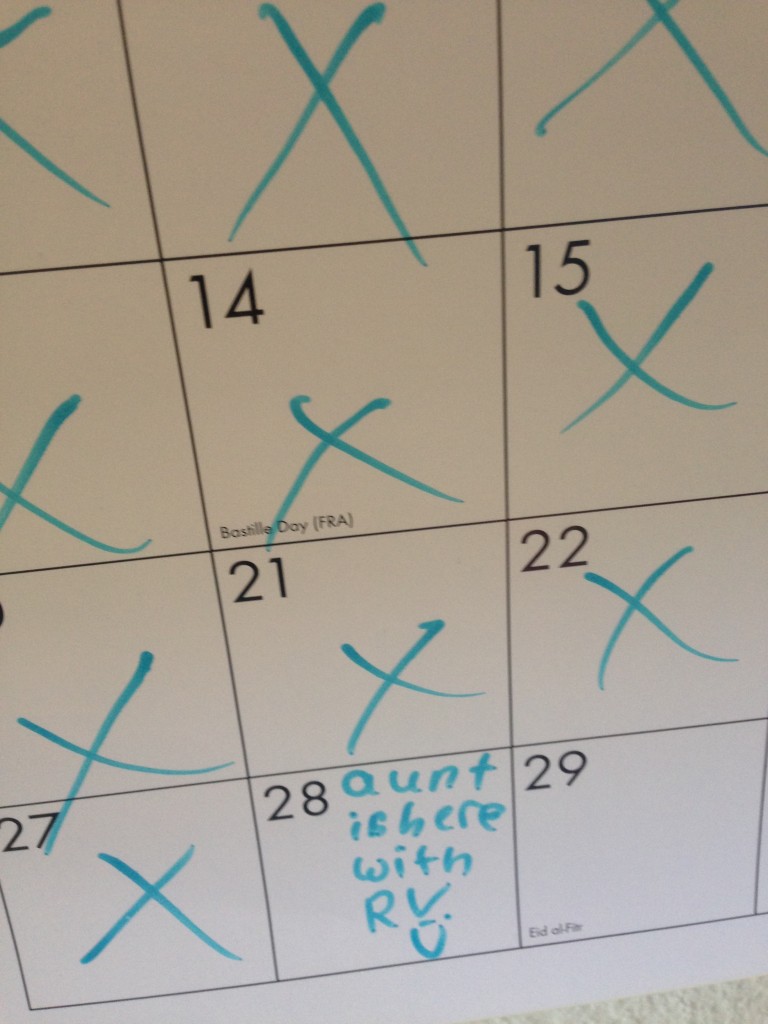 She camped out in the driveway with me overnight. And spent most of her time in it doing stuff like this.

Who knew my RV could be the set of a music video. (Maybe a 9 year old shouldn’t be singing “I numbed the pain at the expense of my liver” or be reinacting a video that features copious amounts of alcohol with a pill chaser. But then, I’m the aunt that brought her to Wolfgang Puck at the Hotel Bel Air on New Year’s eve at midnight for caviar and filet mignon and let her drink 9 shirley temples, so I’m not really known as the strict one.) 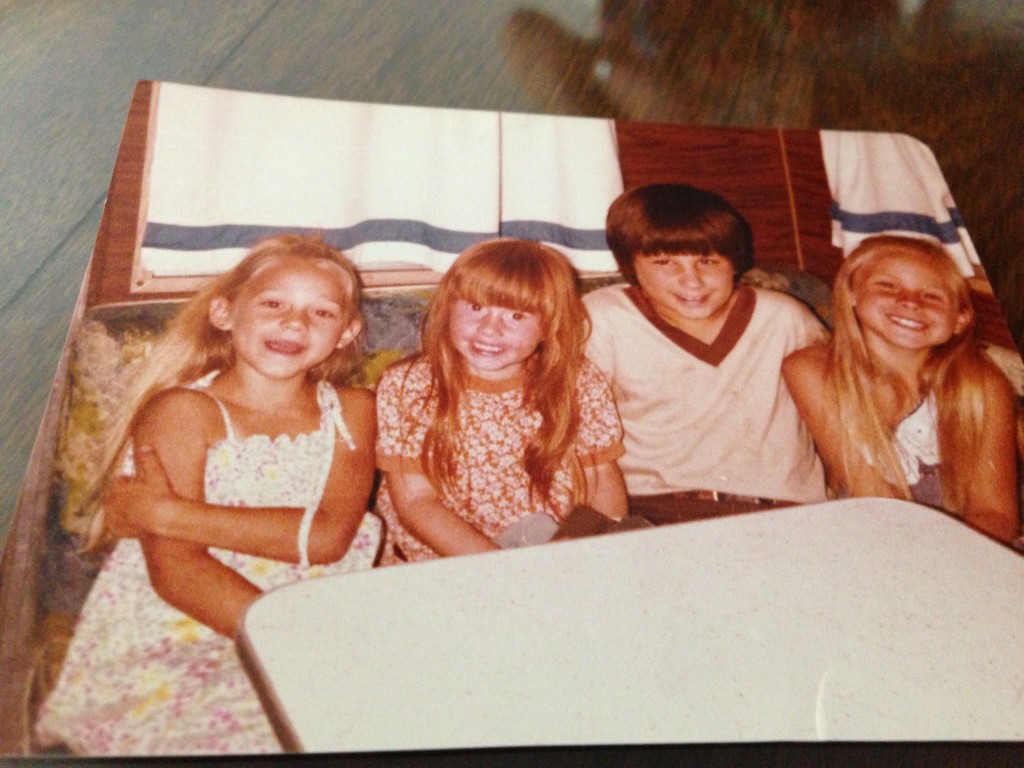 My sister (far left) and me (far right) with cousins. In my grandparents’ camper.