When you’re working on the road, coffee and wifi are as vital as gasoline. (Of course, coffee is just as vital when not on the road. And when not working. Mostly anytime you are breathing and not sleeping.)

Seattle basically has startups operating from coffee shops in place of downtown office buildings. You can barely walk down the street without starting a company. At the very least, everything you need to get started is right there in front of you: a desk, a conference room, free internet, examples to inspire you, hope that it’s possible.

Do aspiring entrepreneurs have that environment everywhere in the United States? Turns out, not exactly.

Many towns have no coffee shops at all. Or libraries. In towns like that, you start to appreciate that McDonald’s free wifi is providing a place to do homework or meet with startup co-founders.

The interstate offers more wifi spots than you might think. Pilot/Flying J truck stops have a monthly wifi subscription (a la Gogo for flights), some rest areas have wifi, and of course, the Starbucks, McDonald’s, and so on.

But I’ve been venturing off the highway and into towns. Here’s what I do. As I’m stopped getting gas or admiring a vista or whatever (see example vista below): 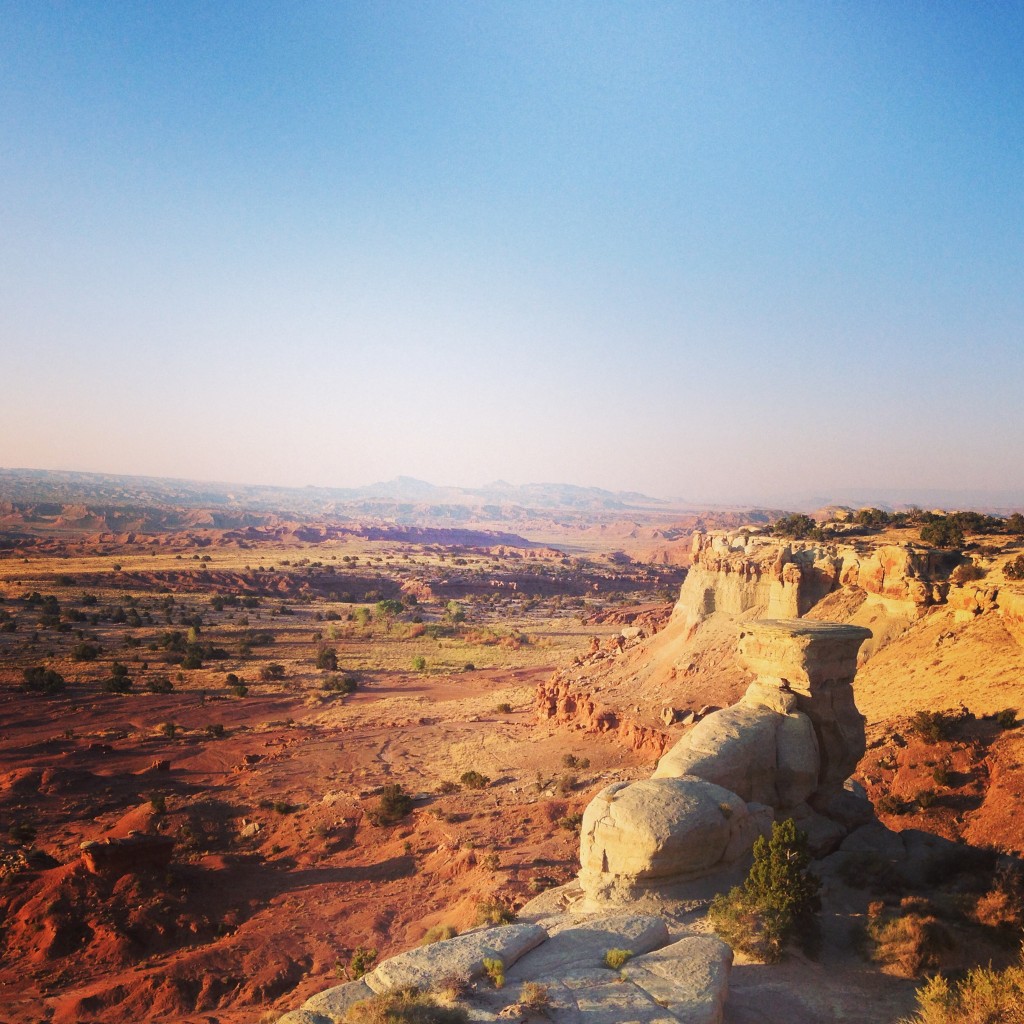 I open the Yelp app on my phone and choose Nearby > Coffee & Tea > Map View. I then scroll a little ahead and see if anything pops up. Then I switch back to list view and sort by stars. If I see something that’s less than 20 miles out of my way and has good reviews, I drive over to check it out.

The state beach campground in Carpinteria doesn’t have wifi and my cell signal was faint at best, so using it as a hotspot only sometimes worked. I walked a few blocks downtown and worked outside at Lucky Llama Coffee. Good coffee and great yogurt and fruit bowls! 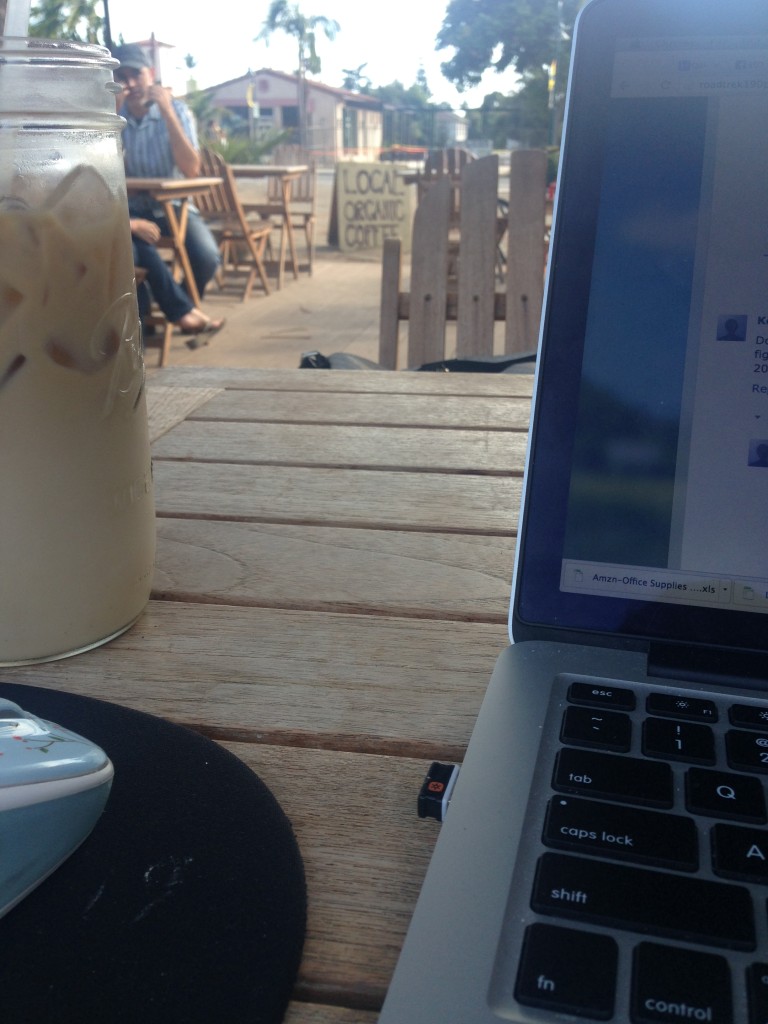 Riverside, CA (Back to the Grind)

I was staying with my sister in Riverside, but had to bring the RV downtown for that tire and brake situation, so I hung out at Back to the Grind downtown while the mechanic was checking things out. This place might be the quintessential example of a coffee shop. Good coffee, lots of comfy couches, a patio out back, a loft upstairs. With its huge wooden bar, tin ceilings, and low lighting, I could have been in Brooklyn. 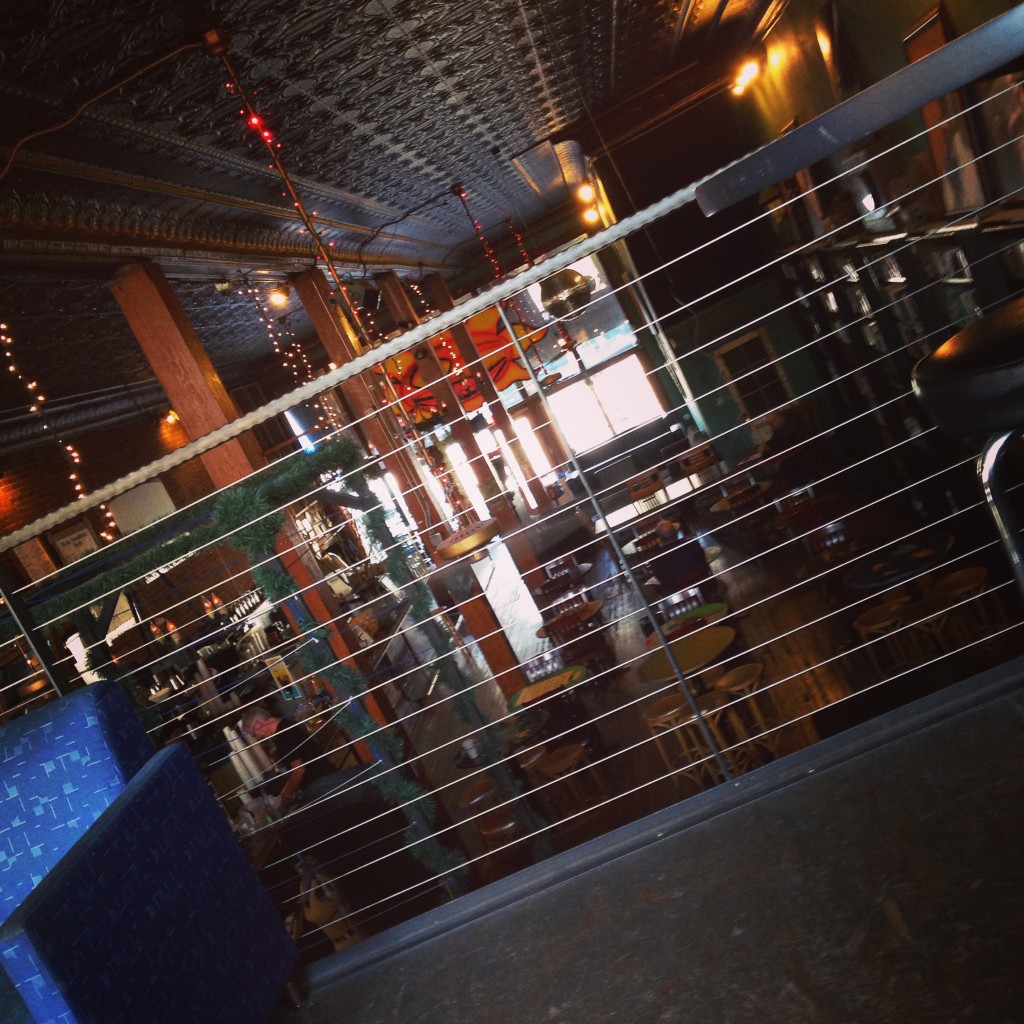 Yelp told me this place had good breakfasts, and Yelp was not wrong. It also had an eclectic record collection. 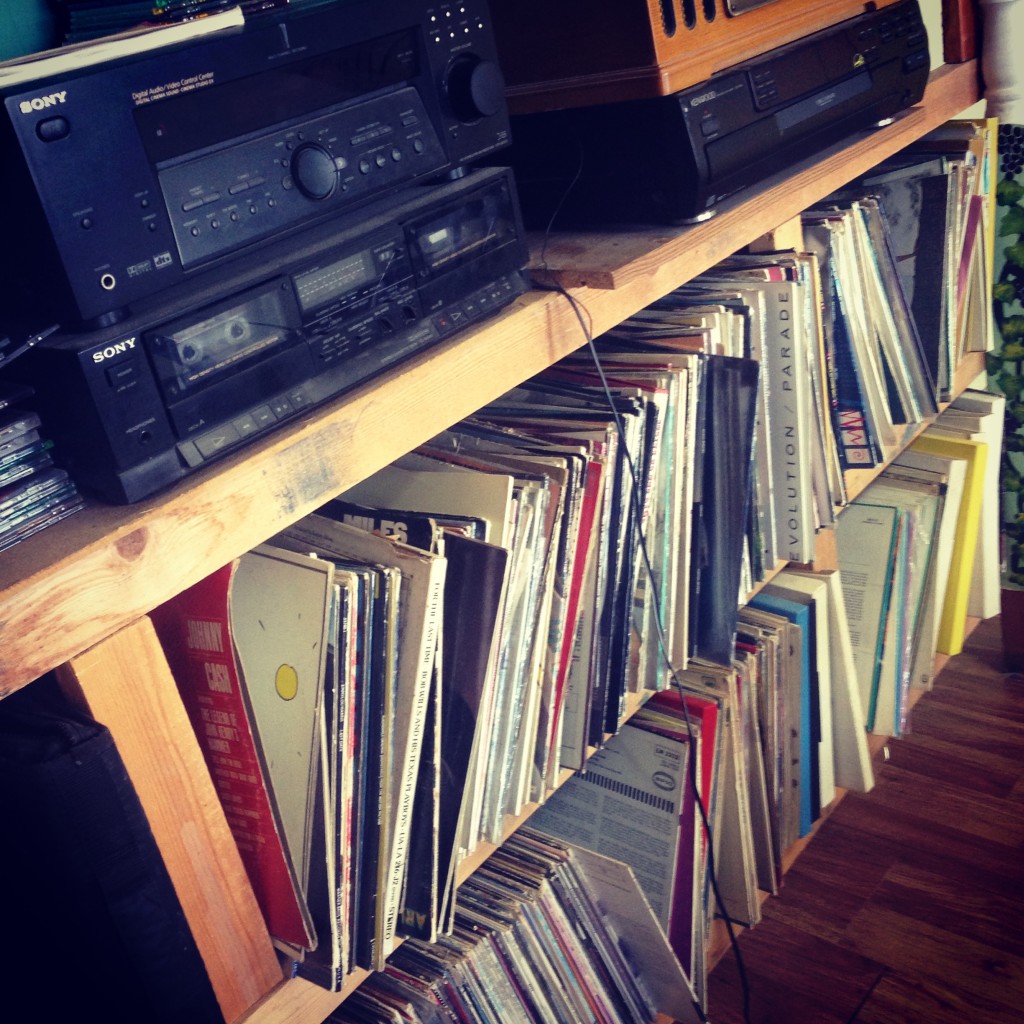 The night of the Google Maps incident, I stayed in Black Hawk, CO, which is a crazy, crazy place. You drive through mountains, and nothing, and then all of a sudden, mini Las Vegas! I also came upon this disturbing mural that made me wonder if I was in Pawnee, Indiana. 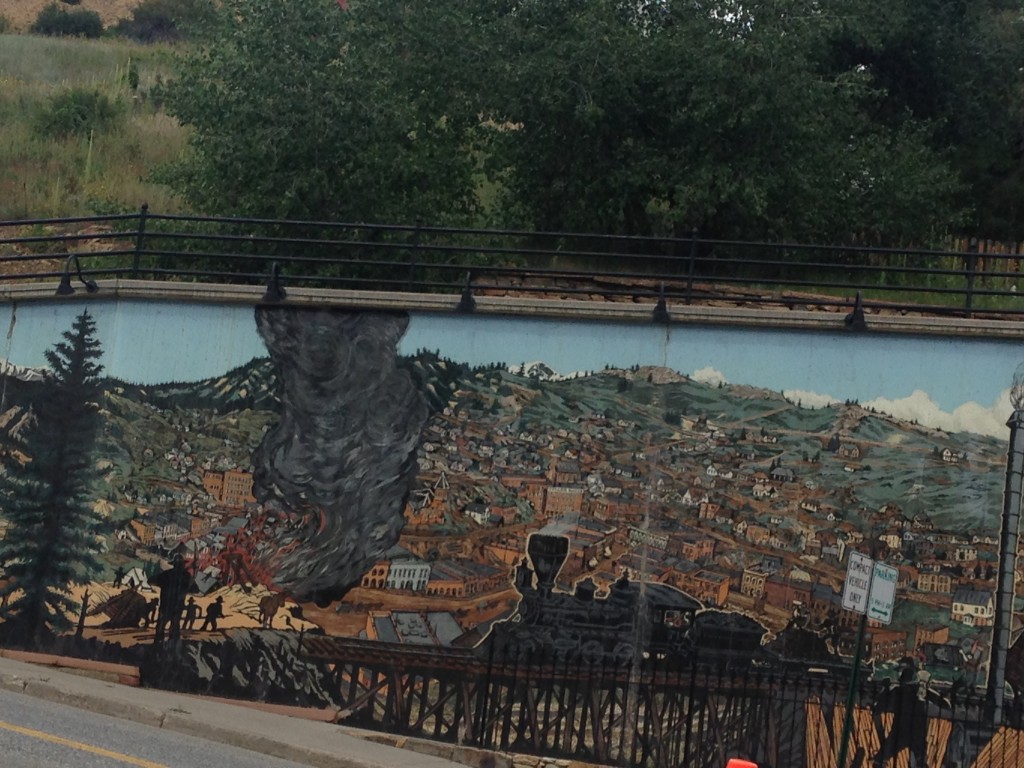 Black Hawk is the smallest town in Colorado, with a population of only 118.

Wikipedia tells us about a “heated competition” over who can attract the most gamblers: Black Hawk or nearby Central City. Black Hawk has benefited greatly from gambler laziness as drivers come upon Black Hawk first, so why keep driving? Central City fought back by (get this !) constructing a new highway as an alternate route that goes through Central City first! 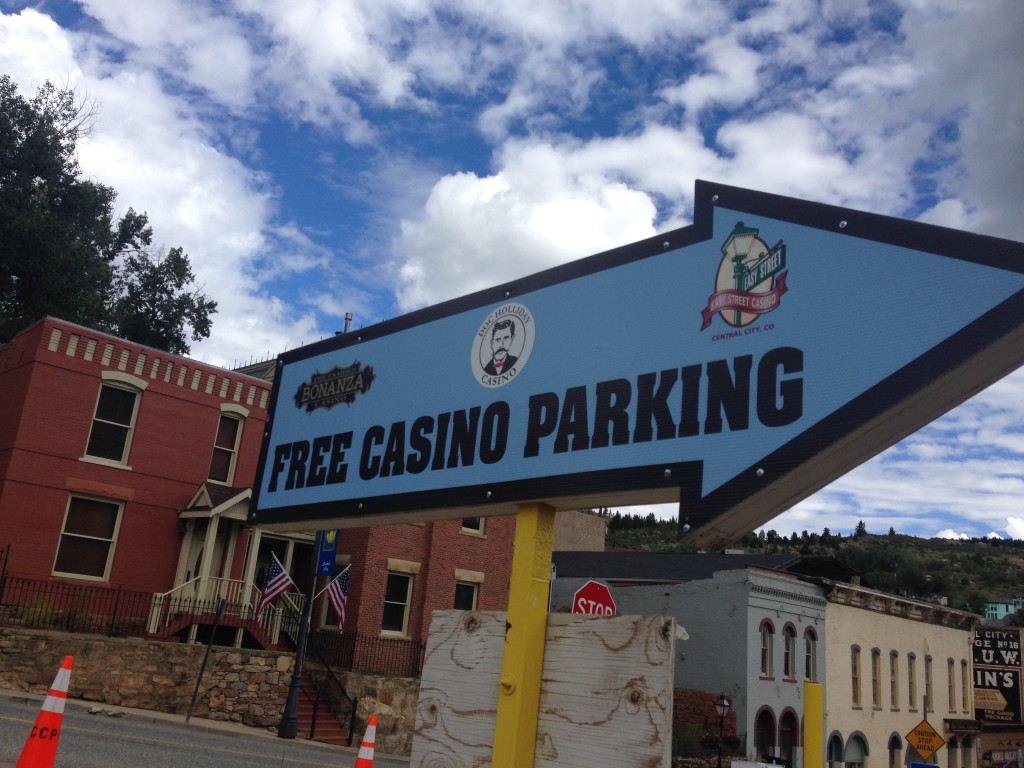 But in the end, Black Hawk has won out because “Gambling in Black Hawk also benefits from less restrictive building codes; while Central City until recently limited building heights to 53 feet to preserve the historic character of the town, Black Hawk has no such limits”. No kidding. (Black Hawk also apparently has more casinos than Atlantic City.)

Black Hawk banned bicycles until the law was overturned by the state Supreme Court. Wikipedia explains “the ban was prompted by a surge in traffic following the change in maximum casino betting limits from $5 to $100.” Well, sure.

The tiny little town is also home of Mountain Mocha Coffee, where they roast their own beans and make delicious soup and sandwiches. I hung out with the wifi for a couple of hours and then headed onward to Denver. 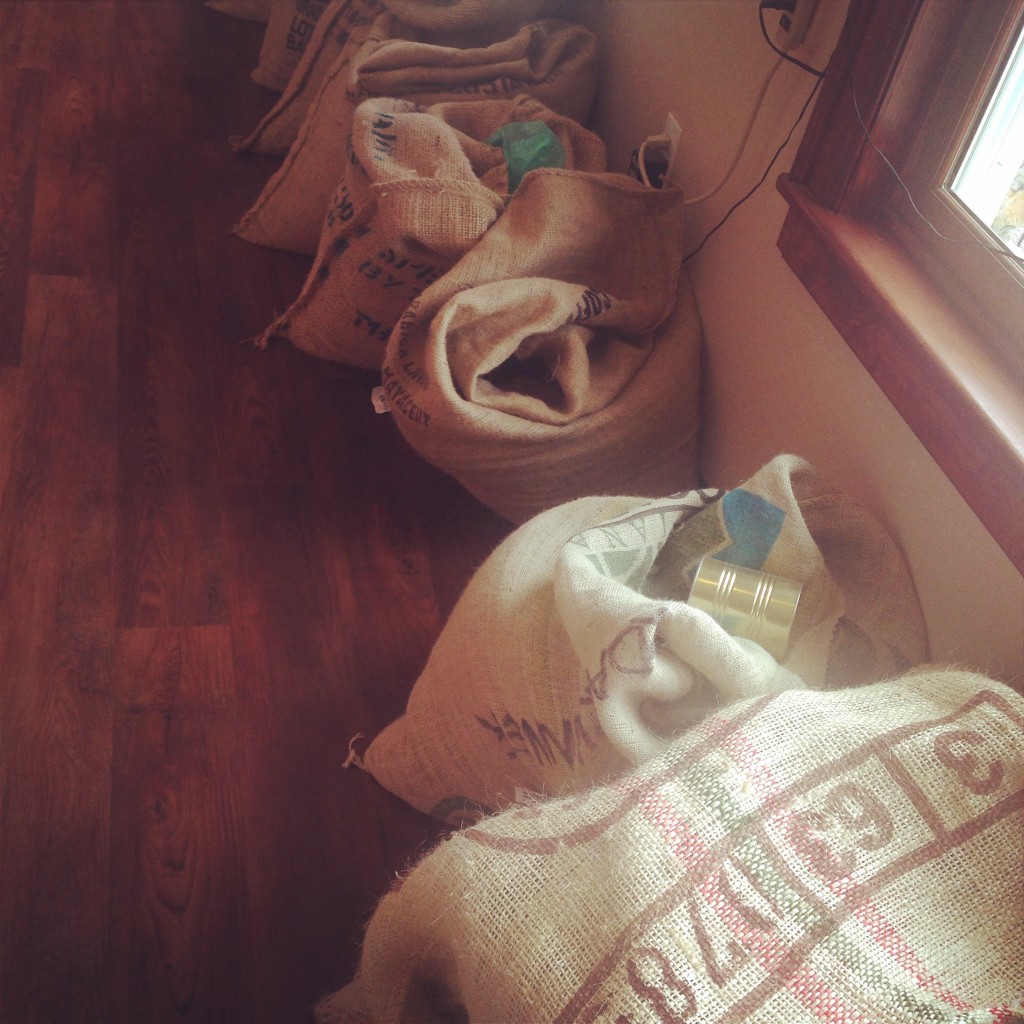 First, it was rather thrilling to find street parking in Denver. The Weathervane Cafe is equally thrilling. Go upstairs where there’s a great patio, comfy chairs, and a tiny antique store. 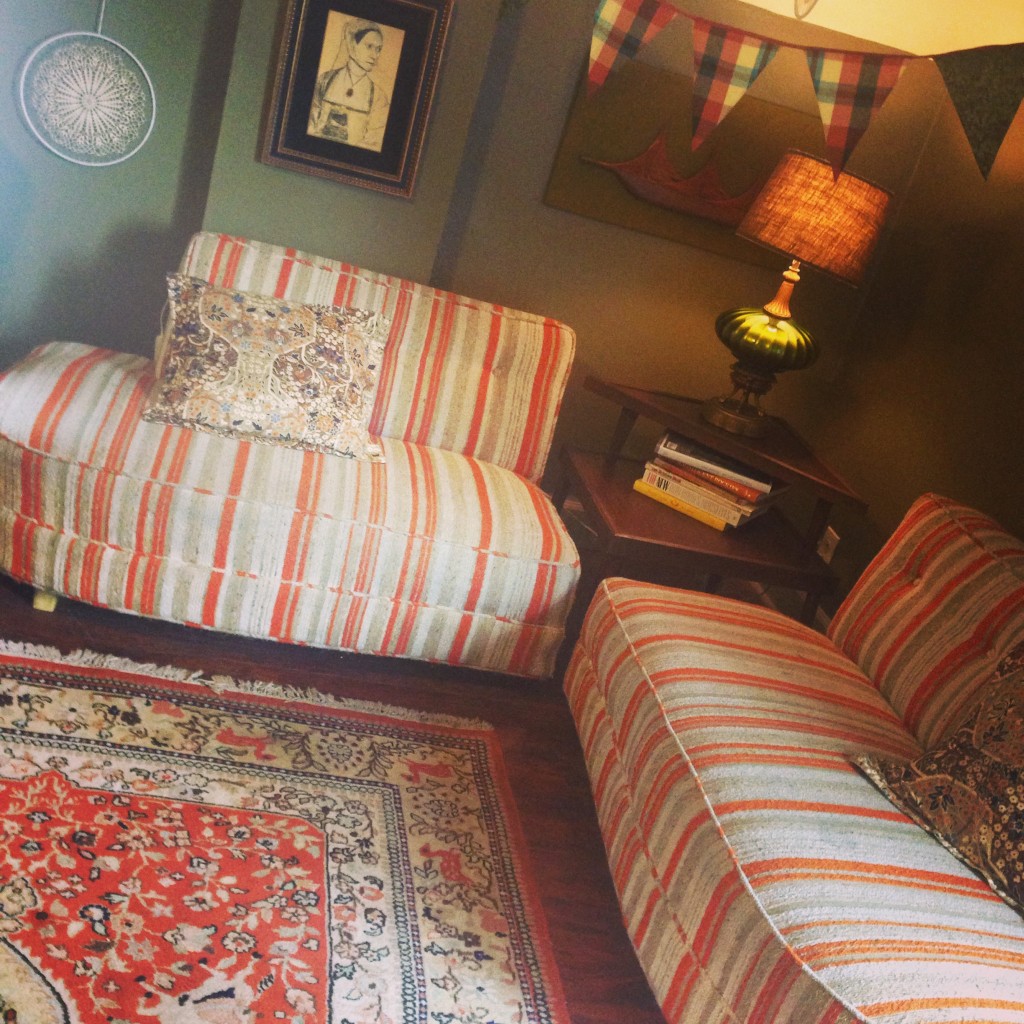 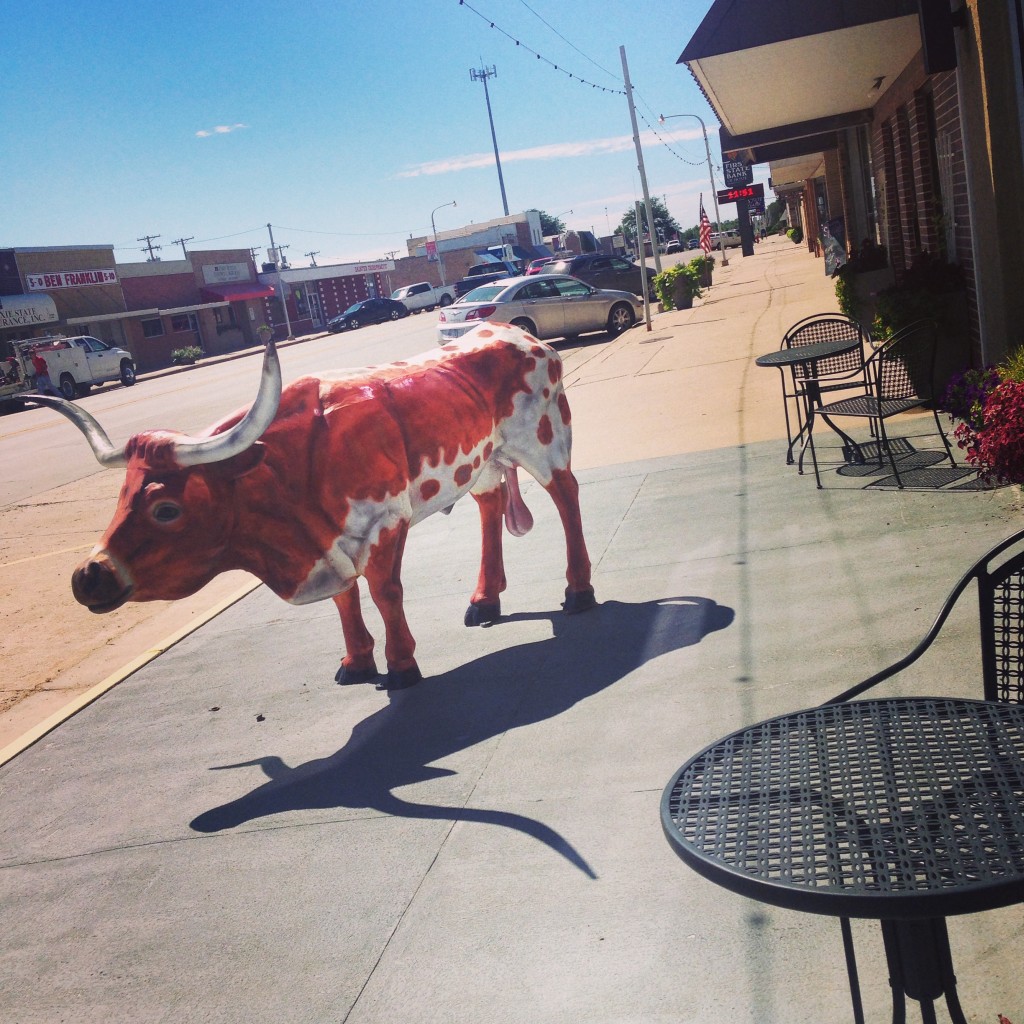 It’s interesting. All those towns, exactly like Hoxie. One long main street with a hardware store, maybe a diner, a gas station. In 9 towns of 10, no coffee shop. No wifi. No schools, no library. And then out of nowhere, the 10th town has Oscar’s.

After Kansas, I drove into Oklahoma. And Oklahoma deserves its own set of posts.

One reply on “Coffee and Wifi”

Judging by the er, anatomical correctness, that’s a bull in front of Oscar’s. Hoxie is just up the road from me, so to speak. Glad you found a cool little space.

I read the blog from the start. You’re living the life I’d like to have soon. Keep writing, please!