Imagine you’re walking through a forest and you’re just a regular person. You might think, ooh, pretty trees. Yikes, a spider! Etc.

But now imagine you’re walking through the forest and you’re a forest expert (a biologist? forest ranger?). Assuming, I mean, that you’re not already one. You might look around and think, ooh, look at the 15 different species of pretty trees. Yikes, a specific awful spider, the scientific the name of which I know. 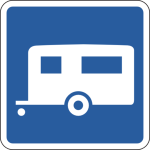 You see all of these invisible worlds, co-existing with the regular people just hiking around.

And so it goes in an RV. RV parks are everywhere if you know what to look for. Those little road signs with the RV camping icon. Camping World. The RV supplies aisle at Wal-Mart. Dump stations at rest areas. But if you’re not in an RV, you don’t see any of it. Or at least I didn’t see any of it.

After the best RV park in the United States, I stayed in an also pretty great RV park in San Jose. I went to the gym, did some laundry, walked around the woods and followed a flock of wild turkeys. 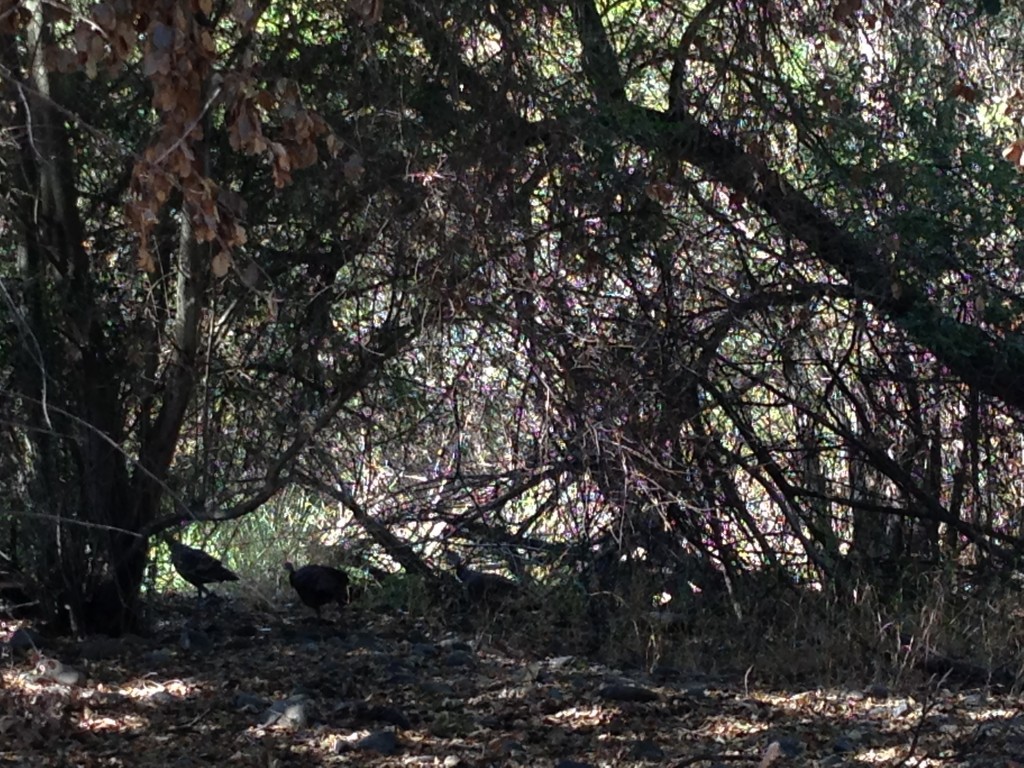 I’m beginning to learn the dangers of RV living, though. When I got here, my “escort” flung a spider at me. I know!

A lot of the time, the people working at the RV parks also live there full time. So they tend to be retired. Just living the life. Sometimes, there are “camp hosts”, which are different from the people working at the office. Also retired people just living the life. Anyway, my escort was one of these. An older, retired gentleman who jumped into the golf cart and led me to my site and helped me back in.

As he was showing me the hook ups, he lifted up the electrical panel and said “aaah, spider!” (in his mind) and jumped as he knocked the spider right at me! Ahem. I think he did not do that on purpose. “Here,” he said. “Let me just wipe away these spider webs for you.” Heh.

I have two office options when working from the RV (I know! It’s like a clown car of space). Here’s one of them: 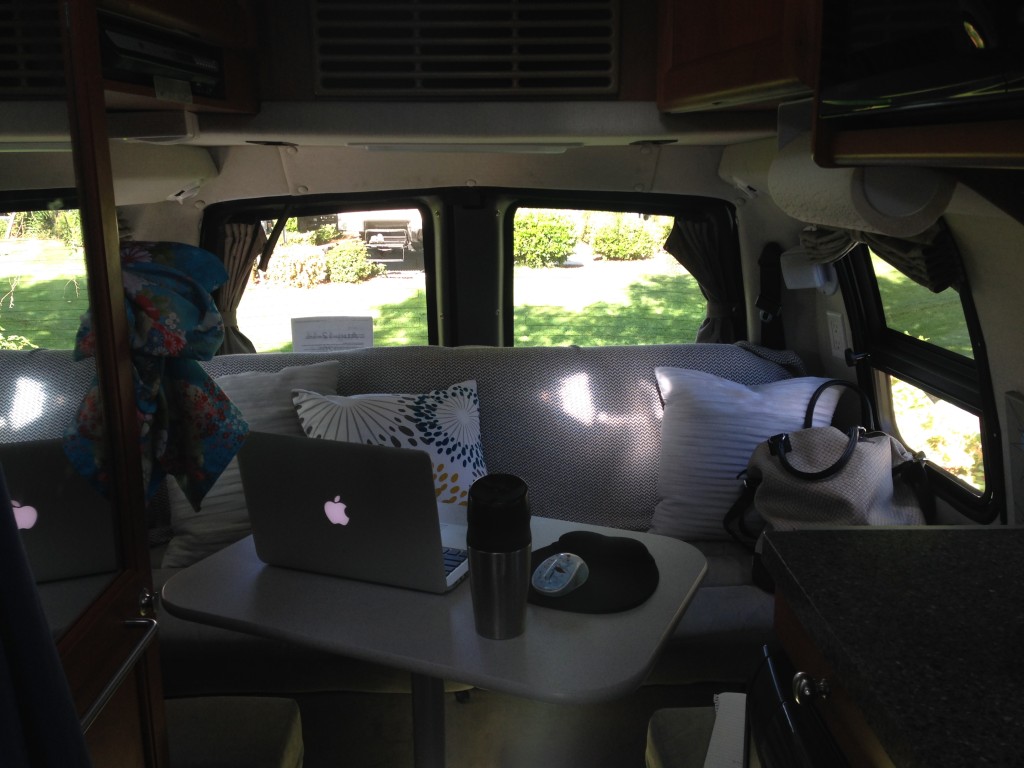 While I was in San Jose, I drove the RV in for some work meetings and met up with friends. I also went to Walmart.

I don’t tend to be a Walmart kind of person. I tend to be an Amazon Prime kind of person. But when you don’t have an address (have I become the target audience for Amazon Locker? Seems like a pretty small market size to build a whole new delivery system around, right?) and you need weird stuff like RV toilet paper (did you know you have to use special toilet paper in RVs?), you don’t have many options. Especially at 11pm.

So the San Jose Walmart it was.

The first peculiar thing was the amount of carts strewn around the parking lot. Like maybe a tornado had come through, picked up just the shopping carts, then threw them all down. Cartnado.

The tornado had also managed to get inside the Walmart. The places where one might conceivably walk were blocked by huge pallets of boxes and people stocking the shelves. And they were not pleased if you were in their way.  They sincerely wish that you, the Walmart shopper would not exist. So they could stock the shelves in peace. I’m sure they’ve thought this through and there’s absolutely nothing that could go wrong with this plan.

Anyway, I mostly needed stuff in the automotive section where a surprising number of guys were browsing the aisles. Just hanging out. At 11pm. At the Walmart.

When I went to pay, I learned that the cashiers also were thinking life would be happier if the customers didn’t exist and their way of coping was to pretend they didn’t.

I’m finally getting old enough to realize that I can’t change the world. And tonight, I learned I can’t even change Walmart.

The girl ahead of me in line was buying baby formula. Which is kind of heavy and comes in lots of bottles so you can’t just load up your arms and carry it.

The cashier was ringing it all up and just piling it up at the end of the counter. Finally the girl asked for a bag. The cashier barely looked up. “We’re out of bags”. And went right back to scanning.

This poor girl just wasn’t sure how to respond to that.

I said, “did you just say you’re out of bags?” The cashier’s invisibility cloak kept my words from getting through and they bounced back at me and knocked over the gum on the stand behind me.

I can be kind of a jerk so I didn’t let it go. I have to drive around with all this stuff in a van. If I just unload it from my cart, it’s going to roll all over the place while I’m driving. And based on the number of people in the store (a million) compared to the number of cars in the parking lot (maybe 7), I was betting not everyone had cars. How were they going to carry things (like baby formula) home without bags? I began to understand why people steal shopping carts.

I finally got the cashier’s attention and she just shrugged at me. I noted the vast number of empty boxes in the store, scattered beside the hostile stockers. Perhaps someone could round up a few of those boxes so people would have a way to carry out what they’re buying, I suggested?

I pressed the issue. She yelled at another employee to handle me so she wouldn’t have to explain logic to me anymore. That employee listened to my complicated plan to grab a few of the boxes lying around everywhere and said, “we don’t have any boxes.”

So I gave up, obviously.

As I was walking out of the store with my cart full of non-bagged goods, dodging carts, someone decided  to pull into a spot that had a cart in it and rammed the cart with their car to push it out of the way and sent it straight into another parked car. Which I guess is one way to deal with cartnado.

I drove back to the peaceful quiet of the RV park. Bagless and boxless.

One reply on “Girl Meets Walmart”

Oy. Yeah, you can’t expect much in the way of courtesy from most WalMart shoppers or employees.

Glad I found your blog; I will be living vicariously through you for a while!